MT. LAUREL, Nj. – Advanced Merchant Group sponsored the Andrew Farrell Foundation Spirit of Courage Fund’s 8th Annual Golf Outing at the Ramblewood Country Club on October 11, 2014 from 1:30 p.m. to 7 p.m. The funds raised at the outing were donated to the Youth Advisory Council at the Children’s Hospital of Philadelphia.

The Youth Advisory Council (YAC) is a group that provides child and teen patient perspectives for hospital projects, programs, and policies. These projects include creating a training video for the healthcare team and conducting patient food surveys. 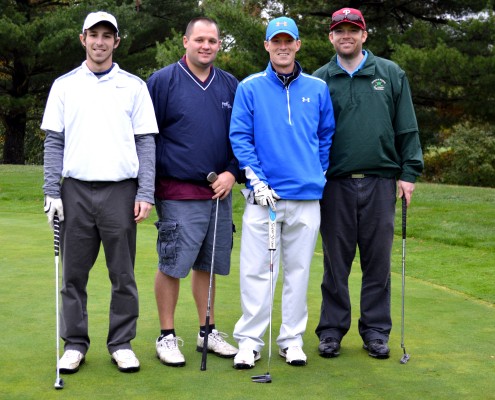 To date, the Andrew Farrell Foundation has raised over $20,000 for cancer research. The foundation has also given over $10,000 in college scholarships.

Since 2001, Advanced Merchant Group (AMG) has been committed to providing top-quality merchant services throughout the United States. A registered ISO in the credit card processing industry and headquartered in Feasterville, Pennsylvania, AMG has processed close to $25 billion in credit card and check transactions. From mobile payment processing with AMG MobilePay™ to its own payment gateway and virtual terminal AMG SecurePay™, Advanced Merchant Group is a leading force in supplying merchants with the tools and support to cater to all customers. AMG can be reached via phone at 877.997.9473 or online at www.amgms.com.

The Andrew Farrell Spirit of Courage Fund is a non-profit organization established in honor of the late Andrew Farrell, a successful high school student athlete with a persona that proved to be larger than life. The Spirit of Courage Fund raises money annually to support a grant to the Youth Advisory Council at the Children’s Hospital of Philadelphia. There is also a scholarship awarded to a student baseball player at George Washington High School, Andrew’s alma mater, at the conclusion of the season. The recipient of the scholarship is selected on the basis that he exemplifies the same attributes that Andrew possessed both on and off the field: leadership, determination and courage.